To react very flexibly to project needs is a speciality of measX.
If necessary, the test bench software is also developed directly on site at the customer, like at IWAKI Europe in Willich. IWAKI is one of the world's leading manufacturers of industrial pumps. The products are based on the most advanced pump technology and are primarily used in chemical processes or in water treatment. 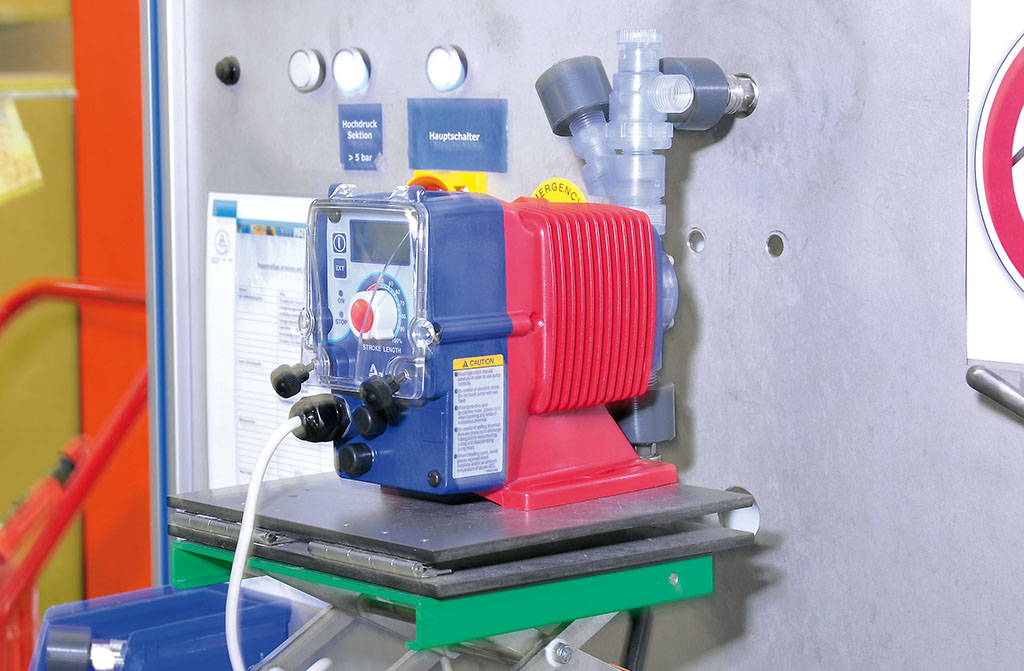 Sensitive chemicals are precisely dosed with the precision pumpsAmong other things, high precision electromagnetic liquid dosing pumps are some of the products manufactured at the Willich/ Niederrhein. For a production line of electromechanical diaphragm dosing pumps, a new end-of-line test bench was to be built which would cover four test requirements: a high-voltage and insulation test, a suction test, a hydrostatic pressure test and a delivery rate test. The test stand itself was designed by IWAKI and measX was commissioned to develop the control software. "The big technical challenge for us was the fact that the control software had to be implemented for the hardware finalization of the test stand, related to the electrical and hydraulic construction", reports Peter Tschepe, project manager at measX. Only in interaction with the software the last hardware adjustments, for example to the piping, could be made. Therefore, the software was not developed as usual at the desk in Mönchengladbach, but mostly on site in Willich. "This allowed us to react very flexibly to changes in the running process. Keeping pace with changing requirements is a challenging task, but we are also particularly strong in this," says Tschepe. 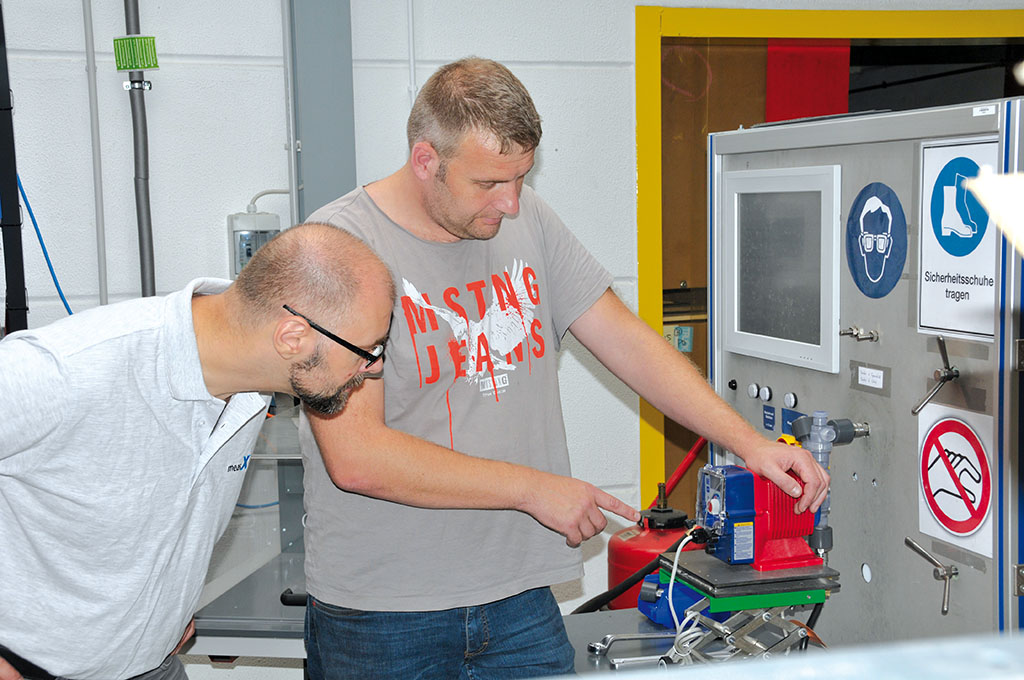 Working hand in hand: Steffen Beer from IWAKI (on the right) and Peter Tschepe, measX.Hand in hand with IWAKI, a highly complex program flow chart with up to 80 different states was developed on the basis of proven measX tools in LabVIEW. At the same time, the test bench was completed in several optimization steps.

Steffen Beer, project manager at IWAKI, is very satisfied with the agile approach: "Thanks to short iteration cycles, the test stand could be put into operation much faster than would otherwise have been possible". The new end-of-line test stand works with water as the test medium and can be used universally. The complete range of pump types can be tested. The product data is read in from a database and the respective test criteria are configured via an Excel table. The results of the test process are CSV-based result files and printed labels from which the respective test result - in order/not in order - as well as various debug messages can be seen. 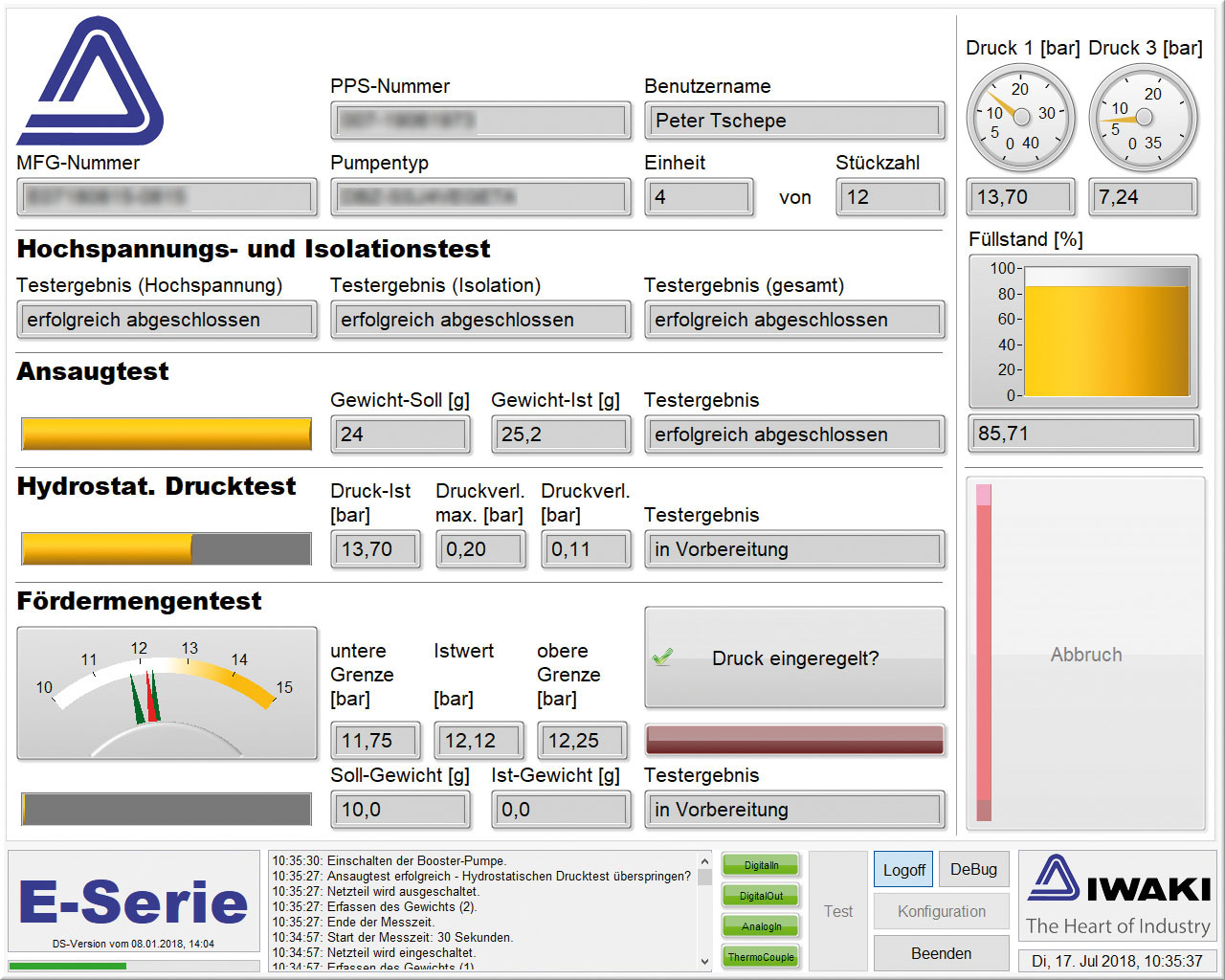 IWAKI Main ScreenThe operation via touch screen is user-specific via different levels. All connected devices can be manually controlled for setup or experimental testing and maintenance. Another highlight is the very simple scaling of the analog inputs. Up to 60 pumps can be tested per day. "The test bench is easy to operate. It forms a central pillar of our quality assurance, with which we guarantee the high precision and reliability of our products," says Steffen Beer.