When test requirements or test procedures change frequently, the measurement and testing systems must be as easy to modify and expand as possible. Flexible software concepts lay the ideal foundation for this. 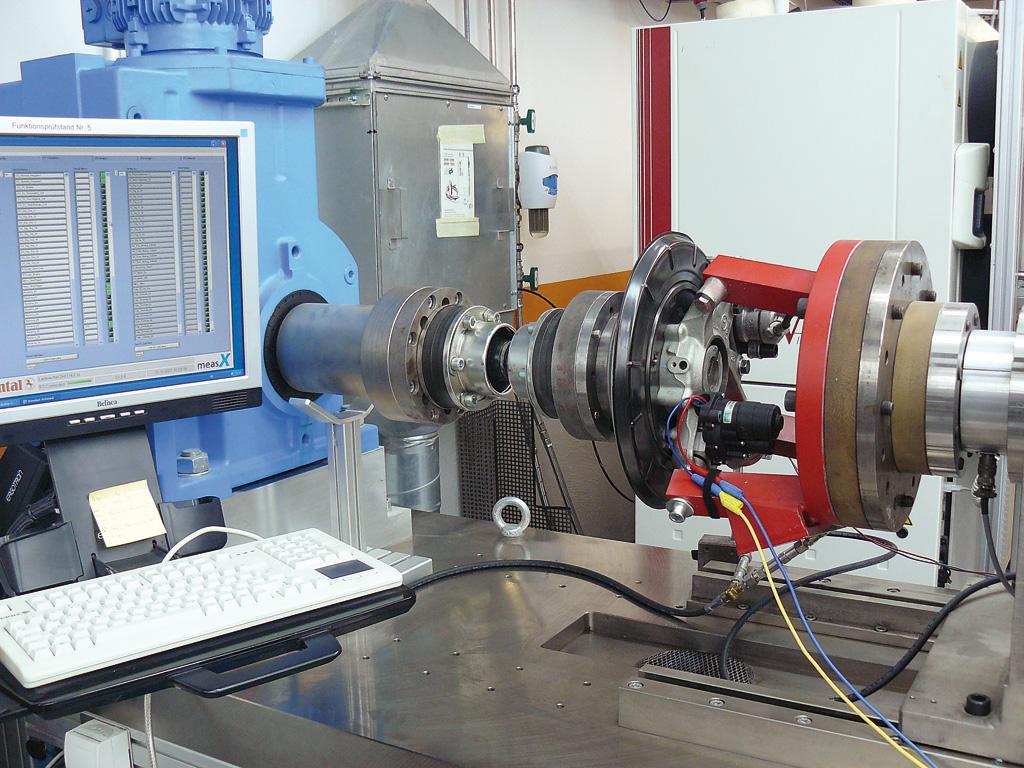 The need for changes arises regularly for test applications – often already during the development phase and especially during operation. “It is more the rule than the exception,” confirms Thomas Lang, project engineer at measX. For this reason, he and his colleagues place great value on flexible software concepts, particularly in the case of complex structures. For the brake stress test bench of the automotive supplier Continental, a real-time system was developed that is exceptionally easy to modify. The brake system and the brake pads in particular are subjected to an accelerated lifespan test on the test bench. A motor drives the brake disk, and the brake pads are controlled by a hydraulic system. Both circumferential forces and axial forces are applied. The torque resulting from the rotating brake disk and the axial force is captured by a non-rotating torque sensor. One special feature of this test bench is the ability to enclose the brake system in a temperature chamber so that thermal influences on the lifespan can be realistically simulated.

Intelligent use of XML sequences

The regulation of force, pressure, rotational speed and torque as well as other tasks are handled by an RT system developed by measX based on LabVIEW. “However, these processes were not hard-wired into the system; instead, they can be flexibly defined with XML scripts and loaded as needed,” says Thomas Lang. “The major advantage,” explains the certified LabVIEW developer, “is that all procedures can always be effectively expanded and adapted.” This concept proved itself previously on another brake test system developed for Continental. It was possible to reuse the framework of this test bench for the lifespan test. The LabVIEW code only needed to be modified slightly for the new procedures.

The testing engineers at Continental also work with the XML sequences themselves. When torque progressions or control valuables have to be modified, this can be handled in-house. But even if customers is not interested in working with XML structures themselves, they still profit from this type of system setup. “This way, we can implement user requests for changes or expansions even faster,” says Thomas Lang.