Sound Insulation Tests based on DASYLab

System for sound insulation tests in buildings based on DASYLab

In building acoustics, sound insulation is the ability of building structures to attenuate the level of sounds coming in or going out. This is an important property for the wellbeing and comfort of building occupants, therefore many countries have regulations defining desirable levels of sound insulation for different building types. It is then common to carry sound insulation tests to determine whether building structures conform to these regulations.
The  testing consists of generating a test signal with known features, playing it through a loudspeaker, measuring the resulting sound field in test rooms on either side of building structures, and then calculating mainly two acoustic parameters: the Sound Pressure Level (SPL)  and the reverberation time. From these parameters three descriptors can be derived to quantify the sound insulation capability of the building structure under test. There are many methods by which these descriptors can be derived, one of the most robust method being from the room impulse response measured in the test rooms. This method is more robust against noise and allows precise results even in conditions with poor Signal to Noise Ratio. 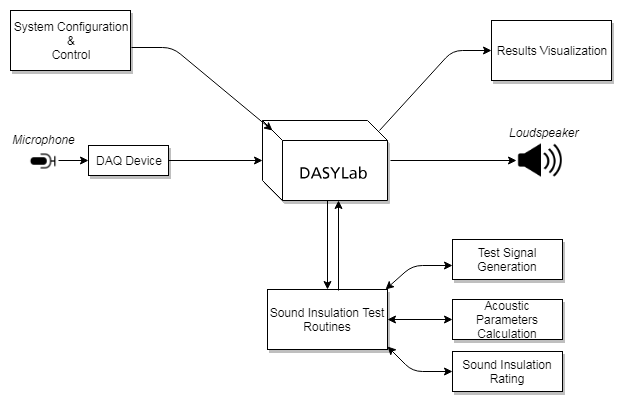 Figure 1: System components interconnectionThis system for sound insulation tests in buildings has three main components which need to interact together: the I/O devices, to  acquire and output data, an analysis component, to generate test signals and process the acquired data to derive sound   insulation descriptors, and a user interface, to control the system and visualize the analysis results. Implementing each of these components, and integrating them so that they interact with each other would normally require a lot of development resources. DASYLab is used to simplify the implementation and integration of these components. With little to no efforts DASYLab allows to integrate and interact with he I/O devices thanks to its configurable drag and drop modules for a number of major data acquisition devices. With its Python interface,DASYLab facilitates the exchange of data to and from the analysis component which  is implemented in Python to benefit from powerful Python libraries like NumPy and SciPy for numerical analyses. DASYLab also  provides an easy way to create and customize a GUI with its configurable inbuilt drag and drop displays and controls. The system   is illustrated in Figure 1.
Figure 2 shows the standard setup for sound insulation tests in buildings. 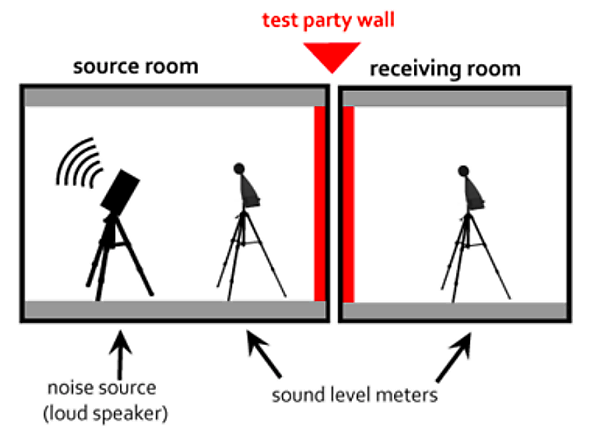 Figure 2: Standard sound insulation test setupThe system consists of a DT9832A data acquisition device, a PCB130E20 class 2 microphone, a Bluetooth loudspeaker, and a dodecahedron loudspeaker. DASYLab allows the acquisition of microphone data through its inbuilt DT9832A driver, and the output of the generated test signal to the loudspeaker through its soundcard driver. 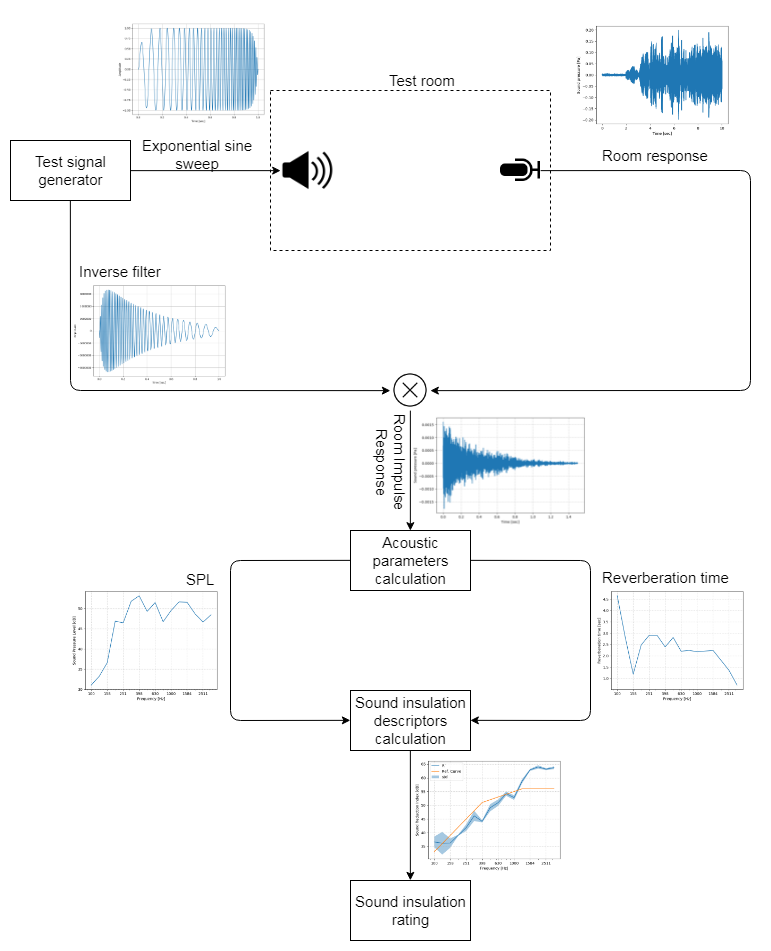 Figure 3: Sound insulation analysis pipelineWhere D is the SPL difference between the source and receiving rooms, S is the area of the common partition between the two rooms, A and A0 are the calculated and reference absorption areas of the receiving room, T and T0 are the calculated and reference reverberation timeTo rate the sound insulation performance of building structures, the above descriptors are converted to single numbers as per the ISO 717. The calculated sound insulation rating is then compared with the nominal rating defined by regulations in order to determine whether there is a violation of regulations or not. Figure 3 illustrates the pipeline of the analysis component of the system along with the corresponding intermediate results.

DASYLab is used to create a GUI for configuring, controlling, and visualizing the sound insulation test results. The created GUI is illustrated in Figure 4. 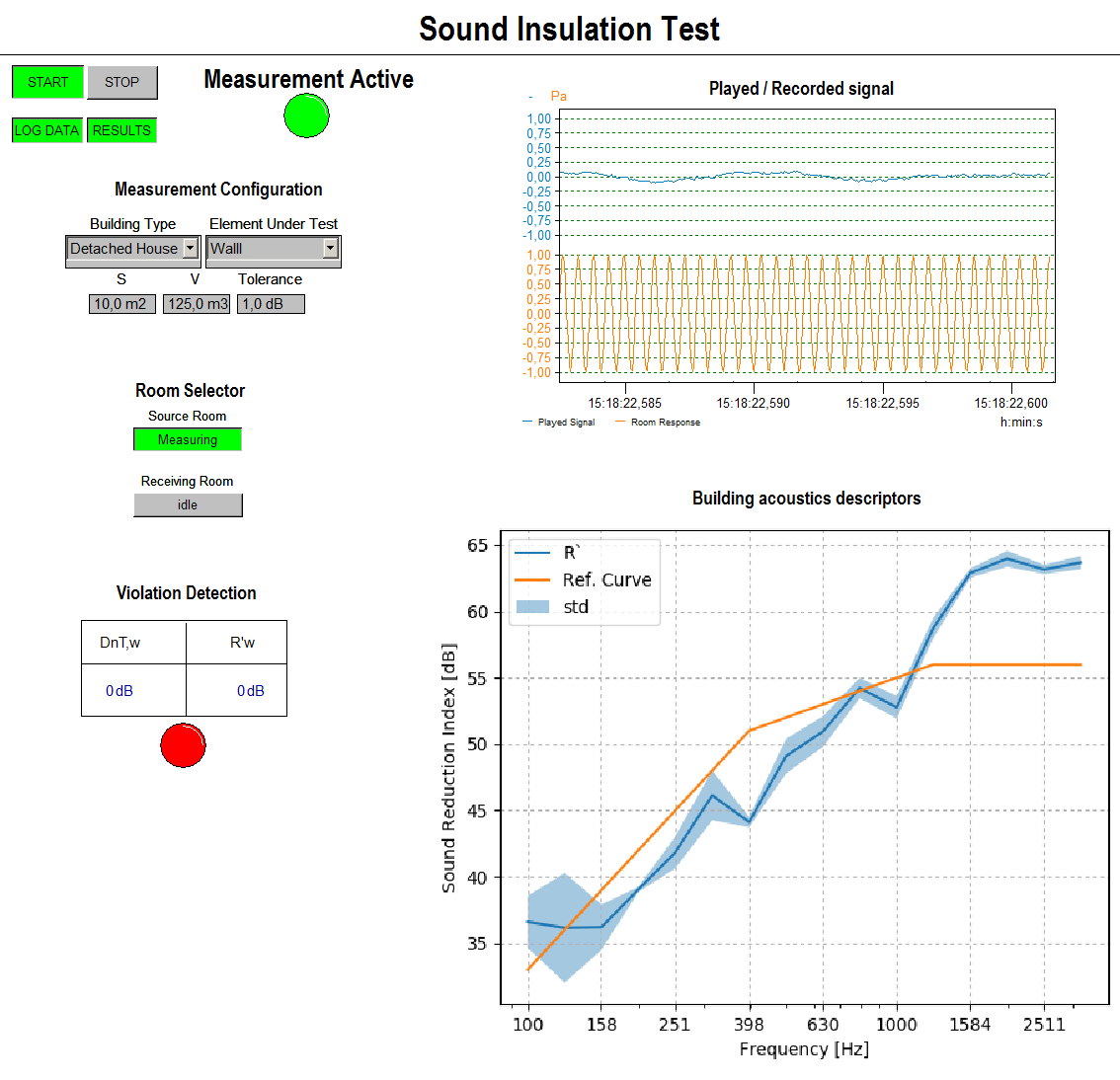 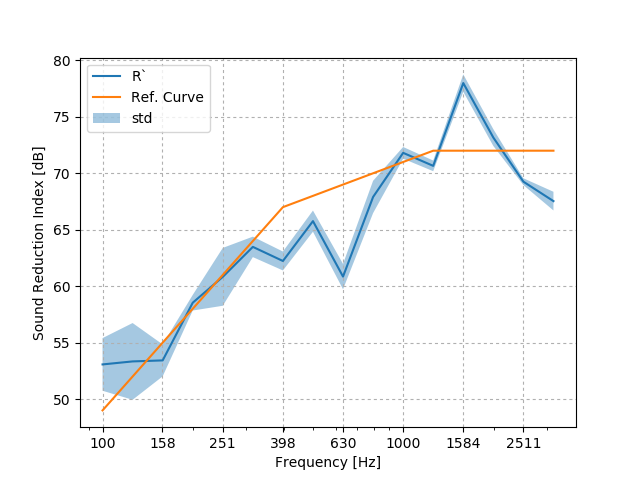 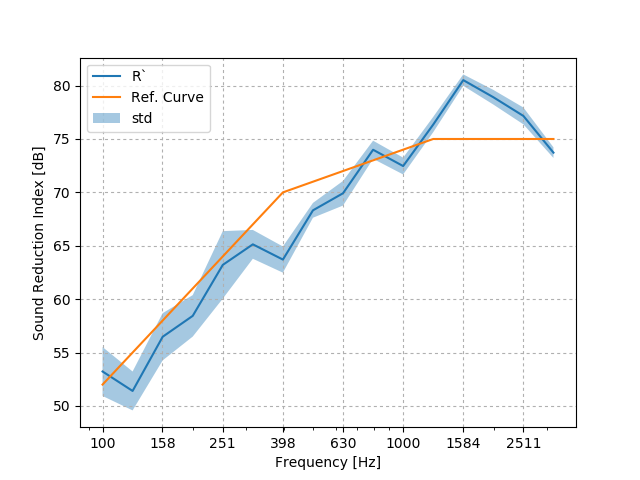 Figure 6: slot is fitted with a lamp 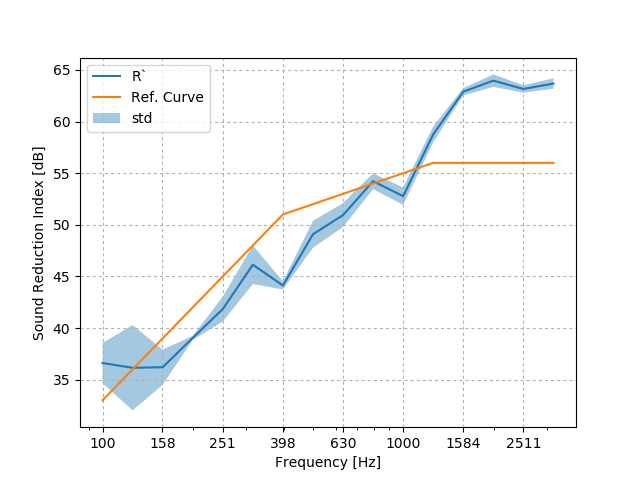 Figure 7: slot is filled with concrete

This application note described a system for testing sound insulation performance of buildings structures, highlighting how DASYLab was used to simplify its implementation by enabling an easy integration and development of its different components. DASYLab enables an out of the box interfacing with the DT9832A used for the acquisition of the PCB130E20 microphone data. DASYLab  enables an easy interfacing with the analysis components implemented in Python, thus taking profit of a number of powerful Python libraries. Finally DASYLab allows to easily develop a GUI to interact with the system and visualize the results.


Referenzen:
[1] A. Farina, „Simultaneous measurement of impulse response and distortion with a swept-sine technique,“ in Audio Engineering Society Convention 108, 2000.