measX as a company continously improves its quality system. This was approved with letter and seal by TÜV Rheinland recently. The QM Certificate ISO9001:2015 is issued and valid for the next two years.

During the re-certification audit executed on 16th and 17th of January 2018 the complete quality management (QM) system and especially the transition of the QM documention system according the current ISO Standard 9001:2015 was reviewed comprehensively.

The auditor of TÜV Rheinland was highly satisfied and confirmed, that all demands on quality of ISO 9001:2015 were implemented. Amongst other things he highlighted the complete update of the documentation system and the lived quality awareness.

One of the major new features of the updated ISO standard is the stricter chance/risk management. Anyway at measX the risk management has a high significance and fulfills the current requirements entirely. Now risks of all business processes are identified, valued and relevant control procedures are defined.

Since 2002 measX is certified according ISO 9001. The updated certificate is valid until 31st January 2023. 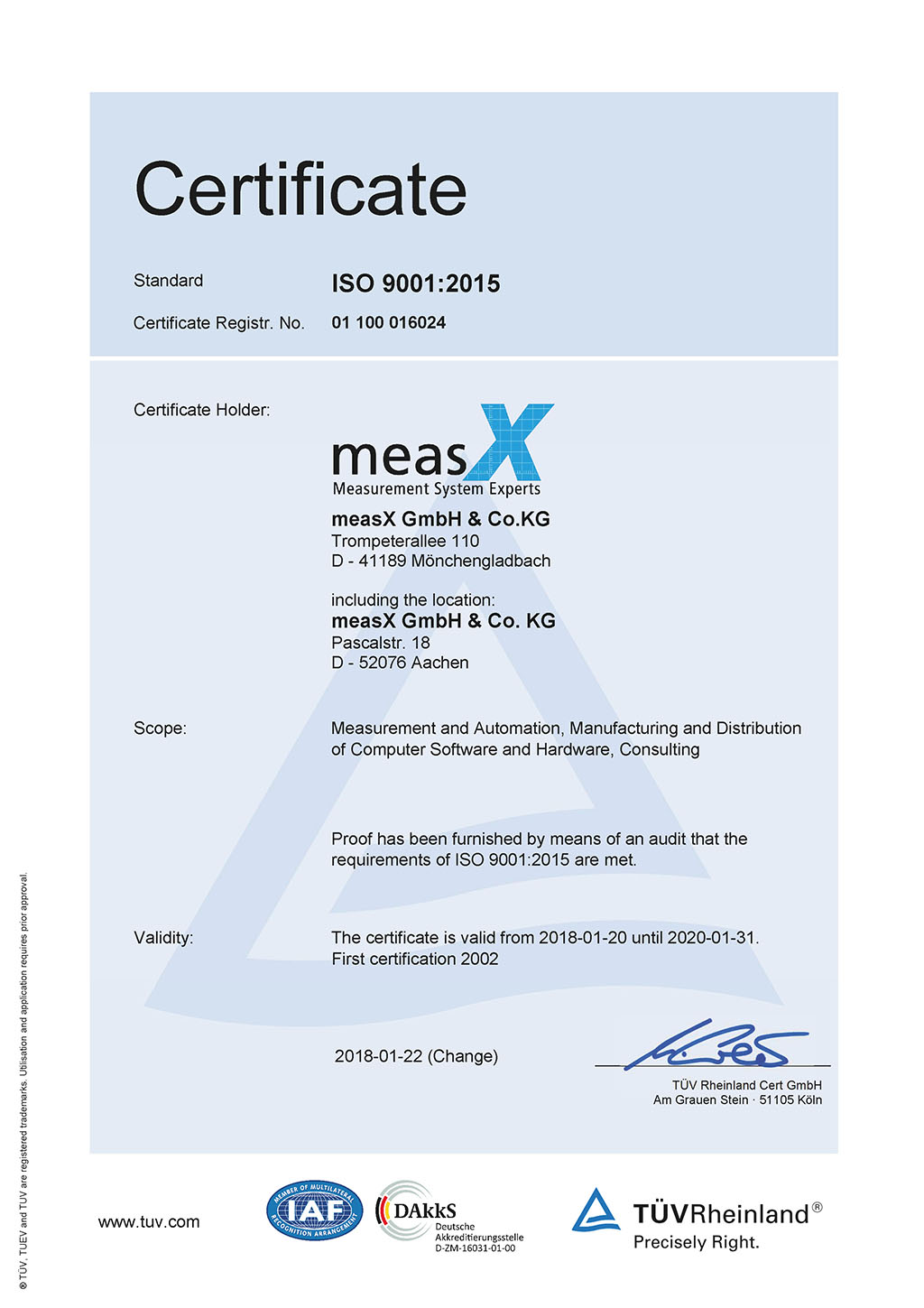